To share your memory on the wall of William Brantley, sign in using one of the following options:

He was "Billy" to his childhood cousins; "Bill" to friends and family; "Dr. Brantley" to thousands of students; "Doc" to basketball buddies; "The bike man" to hundred... Read More
William Thomas Brantley (89) passed away peacefully February 15, 2021.

He was "Billy" to his childhood cousins; "Bill" to friends and family; "Dr. Brantley" to thousands of students; "Doc" to basketball buddies; "The bike man" to hundreds of the homeless in Pensacola who were blessed by his mechanical skills and giving nature; and a very much loved Dad/Pop/Grandaddy/Grandpa.

Bill was born in Trenton, Mississippi, on August 5, 1931, to William A. Brantley and Robbie Thomas Brantley. He graduated from Satartia High School (one of his favorite annual reunions to attend). He loved learning, and even after completing his doctorate at the University of Southern Mississippi, he would continue to attend summer seminars at universities around the country. He also loved to travel - driving through nearly every state to explore interesting geological features.
After moving multiple times in his life, Bill and his family settled in Pensacola in 1965, where he taught physical sciences at Pensacola State College from 1965-1995. Even after he retired in 1995, he continued to teach as an adjunct until 2009. He was much more than just a professor, though. He organized the county science fair for many years, judging projects both at the county and school levels. He was involved in intramural sports and was especially fond of basketball. On the weekends, "Doc" would open the PJC gym to allow people from all walks of life to have a place to play pick-up basketball. In 2018, he was part of the inaugural class of inductees to the Pensacola State College Athletics Hall of Fame in recognition of his dedication to both the college and to basketball.

Bill also loved "tinkering" on cars and lawn mowers and anything else with a combustible engine. During his short stint in the Army as a young man, he petitioned for a transfer into the motor pool (after having originally been placed in an office position). In his later years, he focused more of his "tinkering" on bicycles. And in the homeless ministry of Gateway Church, he found a perfect match - his repair skills with the transportation needs of the homeless.

Bill is survived by his wife Patsy Reynolds Brantley, his sister Eleanor (Chuck) Dauenhauer, and an abundance of children, grandchildren, great-grandchildren, cousins, nieces and nephews who will greatly miss his smile, his quirky humor, and his capacity for loving others.

In lieu of flowers, donations may be made to the Dr. William T. Brantley Endowed Scholarship at Pensacola State College (or the charity of your choice).

The family is planning a visitation service at a later date.

To send flowers to the family or plant a tree in memory of William Thomas Brantley, please visit our Heartfelt Sympathies Store.

There are no events scheduled. You can still show your support by sending flowers directly to the family, or planting a memorial tree in memory of William Thomas Brantley.
Visit the Heartfelt Sympathies Store

We encourage you to share your most beloved memories of William here, so that the family and other loved ones can always see it. You can upload cherished photographs, or share your favorite stories, and can even comment on those shared by others.

Posted Feb 22, 2021 at 10:22pm
Susan and I were very saddened to learn of Bill's passing. I was a colleague of Bill's at PSC for 35 years. We both taught physics under Dr. Wynn and Dr. Stout for many years. We will always remember Bill. His memory will endure in the very many students that he taught over many years. As requested by the family, we have made a donation to the Dr. William T. Brantley Scholarship at PSC. 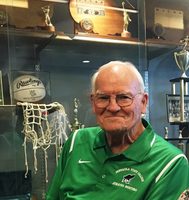