To share your memory on the wall of Rose Thames, sign in using one of the following options:

To send flowers to the family or plant a tree in memory of Rose Elise Thames, please visit our Heartfelt Sympathies Store.

We encourage you to share your most beloved memories of Rose here, so that the family and other loved ones can always see it. You can upload cherished photographs, or share your favorite stories, and can even comment on those shared by others.

Posted Feb 16, 2020 at 12:00am
Love you Aunt Rose, sending love with you to GiGi, Papoo, Mother Anastasia, Aunt Nina, Uncle Billy, Lel, Rene', and all of our loved ones we've lost in the Geeker and Deomes family, and our loving friends. ~ Cathryn Preston, Pensacola, Florida
Comment Share
Share via:
HS

Posted Feb 16, 2020 at 12:00am
The Gregory's always enjoyed Rose Elise(this is what our mother ,her cousin called her) visits.We loved hearing stories she would share about our mother. She was a lovely person with a beautiful smile. May you memories help heal and give you peace. Pauline Gregory Bartlett , Leesburg ,FL
Comment Share
Share via:
KD

Posted Feb 16, 2020 at 12:00am
The 2014 Gregory Family Reunion was held at the home of Ken & Judy (Gregory) Dulabhan in Cantonment, FL. Rose was Judy's cousin. She was a beautiful person. We always enjoyed the time we spent with her; wished it could have been more. She will be missed by many. ~ Ken & Judy Dulabhan, Cantonment, Florida
Comment Share
Share via:
HS

Posted Feb 16, 2020 at 12:00am
I will miss our chats and sharing recipes from the Greek cookbooks. Always loved her smile and getting a hug. Wish I could've been home but I am there in spirit.Love always,Rose E.Deomes BullardFrom a
Comment Share
Share via: 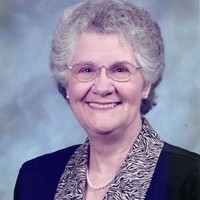