To share your memory on the wall of Rodger Doyle, sign in using one of the following options:

To send flowers to the family or plant a tree in memory of Rodger Pirnie Doyle, please visit our Heartfelt Sympathies Store.

We encourage you to share your most beloved memories of Rodger here, so that the family and other loved ones can always see it. You can upload cherished photographs, or share your favorite stories, and can even comment on those shared by others.

Posted Nov 06, 2019 at 12:00am
RP was true gentleman and a friend of mine. He always had positive things to express about everyone and believed strongly in his religious faith. The world lost a good man with the passing of RP and his true friends at his beloved ECUA miss him terribly. RP will undoubtedly carry on his heavenly duties in a better place. May god bless. ~ Stephen Sorrell, Pensacola, Florida
Comment Share
Share via:
LH

Posted Nov 16, 2017 at 12:00am
Our thoughts and prayers are with your family. We will miss Rodger so much. With love, Bill and Tish Pennewill ~ Tish Pennewill, Pensacola, Florida
Comment Share
Share via:
JK

Posted Nov 13, 2017 at 12:00am
RP was a fine gentleman and a class act in every sense. It was my honor to have known him. RP worked at the ECUA and was loved and respected by everyone. He will be sorely missed. May he rest in peace. ~ Stephen Sorrell, Pensacola, Florida
Comment Share
Share via: 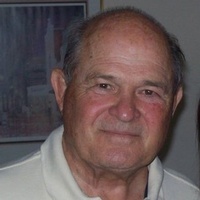