To share your memory on the wall of Robert Mayes, sign in using one of the following options:

To send flowers to the family or plant a tree in memory of Robert Joseph Mayes, please visit our Heartfelt Sympathies Store.

We encourage you to share your most beloved memories of Robert here, so that the family and other loved ones can always see it. You can upload cherished photographs, or share your favorite stories, and can even comment on those shared by others.

Posted Jul 16, 2020 at 12:39pm
So very sorry for the loss of Bobby. I knew him so well as a young man because he worked at our house as a handy man in Columbus Indiana in the summer. He was always so fun and full of life. He was very close to my brother Steve Echsner because they worked together for years in Pensacola. Thoughts and prayers go out to the Mayes family at this very difficult time. He will always be remembered as a very special person in my life!
Comment Share
Share via:
JJ

Posted Jun 26, 2020 at 12:00am
Both my wife ,Elizabeth and I worked extensively with Bob since 1993 professionally and probably on over 100 cases, 25 or more that he was heavily involved with at every level.I dont think I ever had a conversation with Bob that didnt end with a chuckle from him or many chuckles.I had never seen Bob without a suit on and it was overwhelming to see that he had in his life the same generous personality that I experienced in a work setting extended into the most important aspect of life many times over. Everyone in our office just loved Bob and he did so much for our careers and immeasurably benefited victims with the most serious Consequential lifelong injuries.Always upbeat, great spirit available to help any anyone without any personal gain whatsoever.Ill stop now because Im tearing up there are so many Bob Mayes stories that come to mindsincere condolences ~ Justin Johnson, Treasure island, Florida
Comment Share
Share via:
BS

Posted Jun 25, 2020 at 12:00am
Bob was truly a good friend and colleague . He was a kind and good person. I will truly miss him. I have not spoken to Bob in about a month. I was shocked to hear of his passing. My condolences to his family. ~ Bruce Smith, gainesville, Florida
Comment Share
Share via:
AM

Posted Jun 25, 2020 at 12:00am
Drew and I send our condolences to the Mayes family. We are very saddened, Bob was a fine lawyer and a good person. I know he will be missed. ~ Artice McGraw, Pensacola, Florida
Comment Share
Share via: 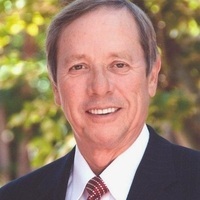