To share your memory on the wall of Joseph Mann, sign in using one of the following options:

Mr. Mann attended Escambia High School, then the University of West Florida, where he earned his Master of Arts in Economics. He served with the US Navy for 21 years, retiring as a LCDR. He worked for the Army Corps of Engineers for 25 years. He was an adjunct professor for Northwood University for 34 years and a tax advisor for H&R Block for 27 years. Mr. Mann was a member of the New Orleans Civil War Roundtable since 1989 and would often share his knowledge with others (willing or otherwise). He was a founding member at the National World War II Museum. He attended St. Charles United Methodist Church and was a bowler with Westside Bowling Lanes.  He had a passion for genealogy, researching his family and helping others with their searches.  He was a loving and giving man, full of advice and some of the worst jokes we’d ever heard.
In lieu of flowers, please send donations to the Supply Corps Foundation at  https://www.usnscf.com/Foundation/Ships_Store/MakeDonation
WATERS & HIBBERT FUNERAL HOME is in charge of arrangements.
Read Less

To send flowers to the family or plant a tree in memory of Joseph Frederick Mann, please visit our Heartfelt Sympathies Store.

There are no events scheduled. You can still show your support by sending flowers directly to the family, or planting a memorial tree in memory of Joseph Frederick Mann.
Visit the Heartfelt Sympathies Store

Posted Jun 20, 2020 at 12:00am
Sorry to hear about my friend and shipmate. Our meetings were brief, but I always enjoyed being in his presence. Fair winds and following seas to my fellow supply corps officer. ~ james callaghan, san diego, California
Comment Share
Share via:
DF

Posted Jun 17, 2020 at 12:00am
Joe is such a beautiful soul. A gentle man with a huge heart and cheerful personality. I was Blessed to have met many years ago in my youth. Honored to call him friend. My most sincere condolences to Gwen and all the family. May your memories provide you comfort now and in the days to come. ~ Deborah Faber, Springfield, Virginia
Comment Share
Share via:
HW

Posted Jun 17, 2020 at 12:00am
Dear Gwen, it such a delight to meet and get to know Joe. We enjoyed is company and his personality. He was a pleasure to be around. Im glad for the time you had together, I know you wish it had been so much longer. I thank the Lord that he is now healed. Cherish the wonderful memories you shared. Sending our love and prayers, Holly, Caroline, Jennifer, Jacob, Reece and Allie ~ Holly Wolfe, Pascagoula, Mississippi
Comment Share
Share via:
DD

Posted Jun 17, 2020 at 12:00am
We just got to reconnect after 50 years. I wanted more time to spend but our Loving Father had a greater plan. Thank you for the good times we shared since our reunion. You will be truly missed. Love your cousin Deanna ~ Deanna Dean, Hiwassee, Virginia
Comment Share
Share via:
JS

Posted Jun 17, 2020 at 12:00am
It was an honor to have meet Joe Mann while visiting in NOLA 3-7-2015. We were instantly family... I will miss his texts & calls that kept us connected... Gwen and family please know you are in my Heart, Thoughts and Prayers. We were all blessed by knowing this gentleman... Thank You for your Service Joe Until we meet again, Your Cousin. ~ Janis Wassum Skaggs, Ceres, California
Comment Share
Share via: 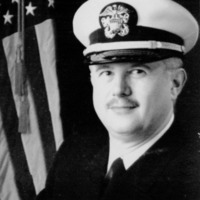