To share your memory on the wall of Joseph Leary, sign in using one of the following options:

To send flowers to the family or plant a tree in memory of Joseph Carleton Leary Sr., please visit our Heartfelt Sympathies Store.

Posted Feb 28, 2018 at 12:00am
Mr. Leary was a wonderful man. I worked with him at Gulf Power and always enjoyed talking with him. I remember his stories about being an altar boy along with John Pfeiffer at St. Michael's Church many years ago. I am sorry for your loss, and ours, too. ~ Mike Wernicke, Austin, Texas Contact Me
Comment Share
Share via:
AD

Posted Feb 22, 2018 at 12:00am
I am so sorry to hear that Mr. Leary has passed away. I worked with him for a few years in the late nineties and he was always so pleasant and kind. My brother Stewart Pfalzer and I went to Catholic school with Carleton for a couple of years in the early 1970's. I'm sorry we weren't able to attend the services. We both want to express our condolences to Carleton and the family. ~ Anne Davidson, Pensacola, Florida
Comment Share
Share via:
EV

Posted Feb 16, 2018 at 12:00am
I'm so sorry about the loss of Mr. Leary. He was a dear man and a great friend to my family. I always enjoyed having talks with him when we'd run in to each other. My most sincere thoughts and prayer to the entire family. ~ Ed Villar, Pensacola, Florida
Comment Share
Share via:
HS 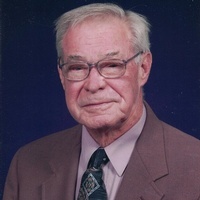