To share your memory on the wall of Joseph Bores, sign in using one of the following options:

To send flowers to the family or plant a tree in memory of Joseph Eugene “Gene” Bores Lt. Cdr, please visit our Heartfelt Sympathies Store.

Posted Aug 30, 2017 at 12:00am
Uncle Gene will be missed. He was always so kind and easy going. I remember his laugh. ~ Jennifer McDonald Cochran, Las Vegas, Nevada
Comment Share
Share via:
LL

Posted Aug 28, 2017 at 12:00am
Sincere condolences and sympathy to the family.He was a genuine, strong and kind man.His embodiment of service will be a guiding light for us, as we continue to carry him in our hearts and minds. ~ TJ Class Former Students, Escambia County, Florida
Comment Share
Share via: 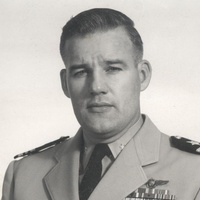