To share your memory on the wall of Johnny Porras, sign in using one of the following options:

To send flowers to the family or plant a tree in memory of Johnny H. Porras, please visit our Heartfelt Sympathies Store.

We encourage you to share your most beloved memories of Johnny here, so that the family and other loved ones can always see it. You can upload cherished photographs, or share your favorite stories, and can even comment on those shared by others.

Posted Sep 13, 2018 at 12:00am
I just now learned of Uncle Johnny's passing. I will always remember him for his easy going personality, his devotion to his family and all the help he freely gave to my mother. I don't think I ever saw him without a smile on his face. Rest in peace, Uncle Johnny, until we meet again. ~ Sonja Rasmussen, Tacoma, Washington
Comment Share
Share via:
RH

Posted Feb 15, 2018 at 12:00am
JOHNNY WAS A CO WORKER OF MINE IN THE MALICE PLANT. WE PLAYED A LOT OF GOLF OVER THE YEARS AND TALKED ON THE PHONE A GOOD BIT. I THOUGHT A LOT ON HIM AND HE WAS A GREAT FRIEND AND WILL BE MISSED BY MANY ~ JERRY WHATLEY, PENSACOLA, Florida
Comment Share
Share via:
MG

Posted Feb 15, 2018 at 12:00am
Kathy and family: Please accept our sincere condolences on the loss of your dear one. May he rest in peaceful sleep while thoughts and memories of him serve to comfort you during this difficult time. ~ Marie and Henry Giles, Pensacola, Florida Contact Me
Comment Share
Share via: 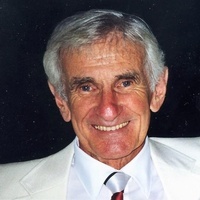