To share your memory on the wall of James Sideris, sign in using one of the following options:

To send flowers to the family or plant a tree in memory of James John Sideris, please visit our Heartfelt Sympathies Store.

We encourage you to share your most beloved memories of James here, so that the family and other loved ones can always see it. You can upload cherished photographs, or share your favorite stories, and can even comment on those shared by others.

Posted Dec 24, 2017 at 12:00am
knew James John as "Jimmy" when we were kids in Greek school. We grew up together, went to PHS, the same Greek Orthodox Church as all the other Greek kids did. My sincerest condolences to his family. May his memory be eternal. ~ Rosemary Krom Hendrix, Jasper, Georgia
Comment Share
Share via:
HS

Posted Dec 11, 2017 at 12:00am
Sorry to learn of James' death. We were childhood friends when he visited the Asters next door to our home.Robert Dieckman Brandon MS
Comment Share
Share via:
J

Posted Dec 08, 2017 at 12:00am
Please accept my heartfelt sympathies on the loss of your loved one, James John Sideris. May the Sideris family find comfort in the words found in Isaiah 61: 1,2 ~ J.A, Miami, Florida
Comment Share
Share via:
HS

Posted Dec 07, 2017 at 12:00am
To the family, I am sorry to hear the news about your loss. May the God who "binds up the brokenhearted" and "comforts all who mourn" sustain your family during this challenging time. Isaiah 61:1,2*
Comment Share
Share via: 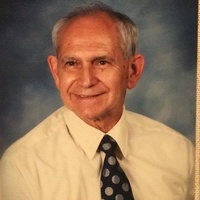