To share your memory on the wall of Hwa Fenger, sign in using one of the following options:

Print
Hwa Yong Kim Fenger, of Gulf Breeze, FL and Dunwoody, GA passed away on December 4, 2020 with her devoted son, Pete Fenger and daughter-in-law, Cris, by her side. She was 88.

Kim Fenger was born into poverty and oppression in Seoul, Kor... Read More
Hwa Yong Kim Fenger, of Gulf Breeze, FL and Dunwoody, GA passed away on December 4, 2020 with her devoted son, Pete Fenger and daughter-in-law, Cris, by her side. She was 88.

Kim Fenger was born into poverty and oppression in Seoul, Korea in 1932 to parents Il Jung Kim and Ah Jee Lee, in the middle of decades of Japanese rule in Korea. Second of four children to live beyond infancy, Kim and her family struggled to survive in the war-torn country. Only the most exceptional Korean children were permitted to attend school in Japanese controlled Korea, and Kim was one of those few. When Japan surrendered at the close of WWII in 1945, Korea was split into the Soviet controlled North and the independent South along the 38th parallel. Kim’s extended family was divided by this line and she lost cousins to the North with whom she would never speak again.

In 1950, when North Korea invaded the South, the United Nations sent in troops to defend South Korea. A critical arm of the UN was its Corps of Engineers, a rapid response unit tasked with redesigning critical infrastructure lost in the hostilities, including bridges and water treatment facilities. During this time, Kim met the love of her life, a UN Officer and Danish Engineer, Frits Fenger.

Frits and Kim married in Copenhagen, Denmark and emigrated to the United States, settling originally in Hawaii, where they had the first three of their children. They later moved to California, where they invested in real estate, which Kim managed while raising the family now expanded to four children. Business brought the family to Atlanta, Georgia, where Kim continued to manage their several properties for many years. Frits and Kim were avid ballroom dancers and could clear a room with their choreographed routines. They even danced competitively, a source of great enjoyment for them. After Frits’ retirement, the couple traveled the world. She loved animals and had several cats and a dog, Samantha, over her lifetime.
Kim lost Frits in 1996 but continued her real estate business until her retirement in 2014. At that time, she moved to Gulf Breeze, Florida, to be close to her son, Pete, and grandson, Nicolas.

From a humble beginning in Korea, a fairy tale romance with a UN Officer, through building and maintaining a thriving business in the United States, Kim was an exceptional and shrewd woman, wife and entrepreneur. But to her, the greatest achievement was passing on her work ethic and standards for excellence to her four children. She had an indomitable spirit and force of personality to which all who knew her could attest, a unique and powerful spirit that lives on in all her children. She was proudest in her life to be a mother and grandmother. Few people can claim to match her accomplishments.

To send flowers to the family or plant a tree in memory of Hwa Yong Kim Fenger, please visit our Heartfelt Sympathies Store.

We encourage you to share your most beloved memories of Hwa here, so that the family and other loved ones can always see it. You can upload cherished photographs, or share your favorite stories, and can even comment on those shared by others. 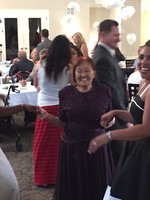 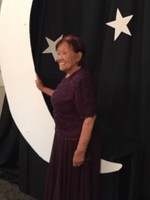 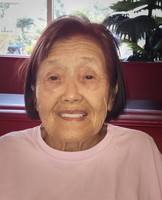 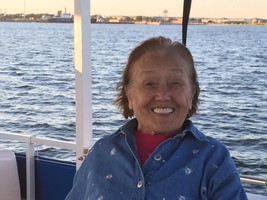