To share your memory on the wall of Hugh Hall, sign in using one of the following options:

Funeral services will be conducted for family and friends via Zoom on Thursday, April 30 at 10:00 am (Central).  Please contact family or Waters & Hibbert Funeral Home for the information to join the Zoom service. Interment will be in the Glendale Memorial Nature Preserve in DeFuniak Springs, Florida.
If you have ever attended a funeral conducted by Reverend Hall, you know that to him the time after the funeral service for family and friends to share stories of their loved one was almost as important as the funeral service itself.  Because the family will not be able to speak to friends and family at the funeral, we will miss the comfort of hearing all of the ways Reverend Hall impacted those in his life.  We are asking everyone to please share your favorite memories and stories of Reverend Hall by leaving a message on the Waters & Hibbert website or by emailing Jennifer Turney ( [email protected] ).  Jennifer will compile all of the your memories and stories in a book for the family to have and cherish for years to come.

To send flowers to the family or plant a tree in memory of Hugh Barnett Hall Jr., please visit our Heartfelt Sympathies Store.

There are no events scheduled. You can still show your support by sending flowers directly to the family, or planting a memorial tree in memory of Hugh Barnett Hall Jr..
Visit the Heartfelt Sympathies Store

We encourage you to share your most beloved memories of Hugh here, so that the family and other loved ones can always see it. You can upload cherished photographs, or share your favorite stories, and can even comment on those shared by others.

Posted Apr 30, 2020 at 12:00am
One of the finest men i have ever known and a blessing to all who knew him. Our world is much smaller without you brother . You are my friend forever Mr. Hall. ~ Frank Skidmore, Cantonment, Florida
Comment Share
Share via:
MN

Posted Apr 29, 2020 at 12:00am
My heart goes out to Jennifer and Suzanne as well as all those who loved him. I know he will be dearly missed. Keeping you all in my thoughts and prayers. ~ Melissa Nelson, Arlington, Virginia
Comment Share
Share via:
BA

Posted Apr 29, 2020 at 12:00am
As a nurse who cared for him for years, I found him to be an inspiration of love and kindness of the highest regard. He was so profoundly grateful for even the most minute act. What a testament of God's Love he is, and was, and now will always be for me. ~ Betsy Adams, GULF BREEZE, Florida
Comment Share
Share via:
LB

Posted Apr 28, 2020 at 12:00am
We would like to extend our deepest sympathies to the Hall family, Hugh, Betsy and Sally. We are praying for your comfort and will be keeping you all in our hearts. Bob and Lois Beverage ~ Lois Beverage, Chaptico, Maryland
Comment Share
Share via: 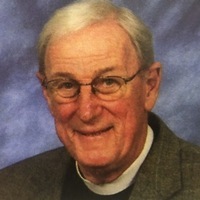