To share your memory on the wall of Herman Burge, sign in using one of the following options:

Print
Herman Stanley Burge passed away peacefully August 7, 2020 with family by his side. He was 86 years old.

Stan was born to Eula Ree and Herman Stanley Burge on June 14, 1934 in Birmingham, Alabama. He graduated from West End High School in 1952 and headed to Auburn University. With an Engineering degree in hand, Stan graduated from Auburn in March of 1957.

The first years of his career, Stan worked as a mechanical engineer before moving on to serve as Physical Fitness Director for his beloved YMCA. His life’s passion was health and physical fitness. The last years of his career were spent in Pensacola as an owner/business partner with his son at Real Estate House in Gulf Breeze.

A small private service will be held at Waters & Hibbert Funeral Home chapel on Tuesday, August 11, 2020 at 10:00 a.m. The service may be viewed by friends and family through livestream at www.watersandhibbert.com under Stan’s obituary.

In lieu of flowers donations may be made to the Northwest Florida YMCA.

To send flowers to the family or plant a tree in memory of Herman Stanley Burge, please visit our Heartfelt Sympathies Store.

We encourage you to share your most beloved memories of Herman here, so that the family and other loved ones can always see it. You can upload cherished photographs, or share your favorite stories, and can even comment on those shared by others.

Leisa and Rob Douglass and Family, Michelle Kaller, and other have sent flowers to the family of Herman Stanley Burge.
Show you care by sending flowers

Leisa and Rob Douglass and Family

Leisa and Rob Douglass and Family purchased flowers for the family of Herman Burge. Send Flowers

Posted Aug 10, 2020 at 12:12pm
Sitting around the conference room table, we could not foresee the time Stan would not be there with us. We were honored to know a man of such gracious dignity and high unwavering morals. He was so generous with his love for country, family, Miss Tina and us his colleagues. Stan, you have set a high standard for us all. We miss you incredibly and will keep you in a special place in our hearts.
Comment Share
Share via:
AM 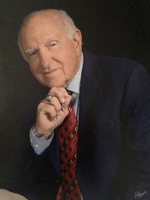