To share your memory on the wall of George Bokas, sign in using one of the following options:

To send flowers to the family or plant a tree in memory of George Victor Bokas, please visit our Heartfelt Sympathies Store.

We encourage you to share your most beloved memories of George here, so that the family and other loved ones can always see it. You can upload cherished photographs, or share your favorite stories, and can even comment on those shared by others.

Posted Mar 17, 2020 at 12:00am
Thank you Mr. Bokas for your years of service to the Gulf Breeze Community. We always loved going into your pharmacy and seeing all the unique items. May you Rest in Peace in the arms of our Lord and Savior. God will protect your family.Ilona Kistemaker and family ofDoris Olson Ferguson. ~ Ilona Kistemaker, Buckeye, Arizona
Comment Share
Share via:
ML

Posted Mar 16, 2020 at 12:00am
After all these years I still have very warm memories of Mr. Bokas, whom I met shortly after my family moved to Gulf Breeze in 1956. He always greeted his customers as friends, and in 1966 he and Max Jordan gave me my first job that didn't entail mowing lawns or baby sitting. My condolences to his family and friends. ~ Mike Lewis, Philadelphia, Pennsylvania
Comment Share
Share via:
TW

Posted Mar 16, 2020 at 12:00am
Mr. George Bokas was a great man.May God be with the family during this most difficult time. ~ The Webb's, Navarre, Florida
Comment Share
Share via:
KR

Posted Mar 15, 2020 at 12:00am
I was one of the " lucky ones", lucky enough to grow up next door to the Bokas family and lucky enough to have Mr Bokas in my daily life. He ALWAYS had a smile and a kind word and he ALWAYS made you feel special. To this day I still do some of the things I learned from him like taking a vitamin and a Cod Liver Oil pill everyday. I remember me, Sonthe and Victor piling in his old blue Volkswagon beetle with no AC for a quick run to the pharmacy where everyone there knew the entire town by their first name. I look back and marvel at how so very blessed i was to have Mr Bokas and his family in my life and all the lessons and values i learned from them and carry with me to this day....yes i was one of the " lucky ones". Fly high Mr Bokas!!! I will love you always!!! ~ Karen Box Rusling, Baton Rouge, Louisiana
Comment Share
Share via:
MF

Posted Mar 14, 2020 at 12:00am
I did not know Mr. Bokas personally, but whenever I happened to see him he always made me feel that he knew me and actually loved me even though we were just passing acquaintances. ~ Marguerite Fernandes, Gulf Breeze, Florida
Comment Share
Share via: 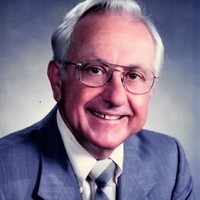