To share your memory on the wall of Franklin Anchors, sign in using one of the following options:

Print
Franklin Webster "Webb" Anchors, 77 passed away on September 22, 2020 after a 2-year battle with cancer.

He was born to James R. and Ethel M. Anchors on September 6, 1943 in Pensacola, Florida.

Webb grew up in East Hill an... Read More
Franklin Webster "Webb" Anchors, 77 passed away on September 22, 2020 after a 2-year battle with cancer.

He was born to James R. and Ethel M. Anchors on September 6, 1943 in Pensacola, Florida.

Webb grew up in East Hill and attended Sacred Heart School, Catholic and Escambia High Schools
He was truly an unforgettable person. He had an infectious personality and was quick to make a friend. His genuine way of making everyone
feel special will not be forgotten. He leaves behind countless memories, songs, sayings and "one liners" that will leave us laughing for years
to come,

Webb was a sports fanatic and especially loved his Florida Gators. He cheered his grandson, Webb, in football and baseball and Ave in soccer and volleyball. He rarely missed their games and was so proud of them.

He had a great love for his family and friends. He was preceded in death by his parents, his brothers, James (Jimmy)Roppolo and Steve Roppolo, nephews, Chip Williams and Raymond Roppolo. He is survived by his daughters Shea Hale (Billy) and Alyson Holmes, sister Virginia "Ginger" Williams (Emory), nieces Christy Murphy (Tom), Jamie Wright (Bruce), Stephanie Roppolo, Ginny Stimpson (John), nephew, Barry Williams, Sandra Neal, mother of his children. Webb had many friends but his besties, Frank Dittrick, Woody Clary, Dugan Whitwell, Leon Franklin, Bo Franklin were by his side throughout his illness and at the time of his death. He is also survived by his beloved and constant companions, Gigi and Gus.

The family would like to extend their heartfelt thanks to the Oncology Department and Covenant Care at Ascension Sacred Heart Hospital for their compassionate care.

Friends and family are invited to attend a memorial service for Webb at the home of Billy and Shea Hale at 1047 Gerhardt Drive, Pensacola, FL., October 11, at 2:00 pm.

To send flowers to the family or plant a tree in memory of Franklin Webster "Webb" Anchors, please visit our Heartfelt Sympathies Store.

There are no events scheduled. You can still show your support by sending flowers directly to the family, or planting a memorial tree in memory of Franklin Webster "Webb" Anchors.
Visit the Heartfelt Sympathies Store

We encourage you to share your most beloved memories of Franklin here, so that the family and other loved ones can always see it. You can upload cherished photographs, or share your favorite stories, and can even comment on those shared by others.

Love, Ron and Debi Williams purchased flowers and planted a memorial tree for the family of Franklin Anchors. Send Flowers

Posted Oct 06, 2020 at 10:28am
Sorry to hear of the loss of my good childhood friend. I haven't communicated with Webb in over 50 years it is obvious that he had a good life, many friends, and wonderful family. Ginger please give me a call if you can 407-701-5633 God bless ,Michael D Jones
Comment Share
Share via:
TM

Posted Oct 04, 2020 at 08:26pm
Prayers to the Family for Webb’s passing :( we had great talks and he always kept me laughing until I cried. Little know fact, Uncle Webb and I lived together when I went through the Fire Academy in Fort Lauderdale, I was young and we had a blast. I will miss him and his ways. Blessed to know him and enjoyed our talks. Love you Uncle Webb.
Comment Share
Share via:
LK

Posted Oct 04, 2020 at 07:06pm
Webb Anchors, was a good friend of Mine. I have known Webb for many , many years. There was ONLY ONE WEBB ANCHORS. Our Thoughts and Prayers are with the Family. RIP MY FRIEND ❤️. You WILL BE MISSED.
Comment Share
Share via: 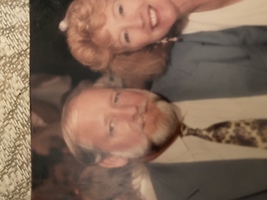 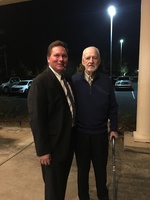