To share your memory on the wall of Eloise Russ, sign in using one of the following options:

With full and sorrowful hearts, we announce the passing of Jean Harrison Russ. She was a loved community member, local business owner, aunt, grandmother, and mother. She was born... Read More
Jean Harrison Russ
December 28, 1931 - May 1, 2021

With full and sorrowful hearts, we announce the passing of Jean Harrison Russ. She was a loved community member, local business owner, aunt, grandmother, and mother. She was born on December 28, 1931 in Quitman, Georgia to Herbert Hugh and Sallie Long Harrison. She and her older brother, Herbery Hugh “Sonny” Harrison, Jr., grew up together on their parent’s farm during the aftermath of the Great Depression and World War II. Her father taught her how to fly a plane as a teenager and in high school she was a cheerleader and played as point guard on the women's basketball team.

Driven to explore beyond rural southern Georgia, she attended Andrew College in Cuthbert, Georgia, and then transferred to Scarritt College for Christian Workers in Nashville, Tennessee where she met people from all over the world and also continued playing basketball. Graduating with a degree in Religious Studies, she received an offer to work at the Gadsden Street Methodist Church in Pensacola, Florida. She took the job and immediately fell in love with the historic coastal town, its beach, and the bay.

Pensacola soon became her home when she met her husband of forty-six years, James “Dexter” Russ III at a neighborhood gathering in East Hill. They married in 1956 and then raised their two children, Amanda Russ Werner, and James Dexter Russ IV, in her husband’s childhood home. While focusing on her family, Jean was also an active member of the Pensacola Yacht Club, First Presbyterian Church, and Junior League. Then once her children were teenagers, she and her husband started a local frame shop, Creative House. Jean Russ’s days were filled working with local artists, designers, restaurant owners, businesses, churches, universities, and the everyday art lover while providing them with the highest quality custom framing from her years of experienced craftsmanship knowledge. She worked and ran the frame shop until December 2019.

On May 1, 2021, she passed away in her sleep and is survived by her son, James Dexter Russ IV; granddaughter, Avery Werner Smith; grandson, Andrew Russ Werner; son-in-law, John Andrew Werner; sister-in-law, Betty Harrison; niece,Caroyln Sirmans; and nephew, Bob Harrison and their families. The family will hold a small private ceremony in honor of her life at a later date and asks that in lieu of flowers or gifts that donations be made in her name to the Pensacola Humane Society. She was a lover of all animals, especially cats.

To send flowers to the family or plant a tree in memory of Eloise Jean Russ, please visit our Heartfelt Sympathies Store.

There are no events scheduled. You can still show your support by sending flowers directly to the family, or planting a memorial tree in memory of Eloise Jean Russ.
Visit the Heartfelt Sympathies Store

We encourage you to share your most beloved memories of Eloise here, so that the family and other loved ones can always see it. You can upload cherished photographs, or share your favorite stories, and can even comment on those shared by others. 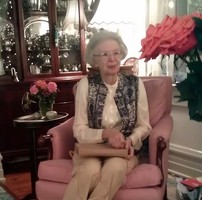 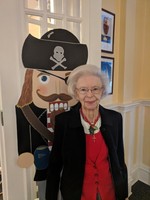