To share your memory on the wall of Eleanor Novosad, sign in using one of the following options:

Print
Eleanor June McElhaney Novosad passed away peacefully in her home in the early morning hours of Feb. 2, 2020, at 96 years of age. Eleanor reminded her family often of the joy of life and the great love she had for them.

Eleanor i... Read More
Eleanor June McElhaney Novosad passed away peacefully in her home in the early morning hours of Feb. 2, 2020, at 96 years of age. Eleanor reminded her family often of the joy of life and the great love she had for them.

Eleanor was born on June 15, 1923 in Chicago Illinois, the second child of Clarence McElhaney and Emma Quitmeyer McElhaney. Her siblings included her sister Ruth, and her brothers Clarence Jr., and James Lee. They were close and remained in touch with each other throughout their lives. Eleanor went to Hyde Park High School and studied pharmacy at the Illinois Institute of Technology.  Upon her graduation in 1944 she was one of 4 women that completed their studies in her class. Eleanor went on to work with the Army Quartermaster Corps as a chemist researching better ways to preserve foods for the Army. She found the work interesting.

After WWII, Eleanor married her fiancé, whom she had met in high school, Major Robert Novosad. She then dedicated her life to her family. Robert Novosad had a distinguished career as a mathematician after receiving his PhD from the University of Chicago. This meant that they lived in several locations, including Chicago, Ill., New Orleans, La., State College, Pa., Denver, Co., and finally Pensacola, FL.

In the summer of 1968, the family came to Pensacola and eventually settled on Pauline Street in Cantonment, FL, where Eleanor remained until her passing.  Eleanor enjoyed many activities at home including gardening, baking, and sewing.  She and Robert were both avid and expert bridge players who became life masters.  Eleanor used her skills as a chemist to become an excellent cook, which was much appreciated by everyone at home.  Her joy of life brought her many places, as she traveled the world with Robert and experienced many adventures.  Robert and Eleanor Novosad were a devoted couple and stayed married for 65 years until his death in 2011. Eleanor continued to see her friends and family as much as possible. She participated in the League of Women Voters, the University Book Club, and The Pensacola Bridge Center.

The family thanks all the people who contributed to her comfort and well-being at the end of her life, especially her companion Lisa Sepulveda.

Graveside Services will be Monday, 9:30 a.m., February 17, 2020 at Barrancas National Cemetery. The family has asked if anyone would like to attend, to gather at Waters & Hibbert Funeral Home on 124 West Gregory Street, Pensacola, FL., prior to 9:00 a.m.
To send Condolences, please visit www.watersandhibbert.com
WATERS & HIBBERT FUNERAL HOME is in charge of arrangements.
Read Less

To send flowers to the family or plant a tree in memory of Eleanor June Novosad, please visit our Heartfelt Sympathies Store.

We encourage you to share your most beloved memories of Eleanor here, so that the family and other loved ones can always see it. You can upload cherished photographs, or share your favorite stories, and can even comment on those shared by others. 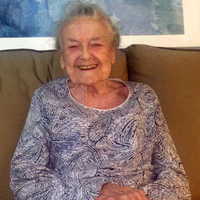