To share your memory on the wall of Claire Ades, sign in using one of the following options:

The family would like to thank her devoted caregivers during her later years; Iris Jordan, Octavia Davis, Yolanda Freeman, Kendra Britt, and Keana Patterson. Also, grateful appreciation to the nursing division of Azalea Trace, Emerald Coast Hospice and Kindred home health for their comprehensive and compassionate care.
Visitation with the family will be at Waters & Hibbert Funeral Home at 10:00 a.m. Tuesday, February 11. Followed by a graveside service at 11:30 a.m. with Rabbi Joel Fleekop officiating. A reception will follow at Temple Beth El Social hall.
To honor Claire’s memory, and in lieu of flowers, contributions can be made to the Fannie W. Frenkel perpetual care cemetery fund, Temple Beth El; and to any animal rescue organization of choice.
May Claire’s memory be a blessing to all who knew and loved her.
Waters & Hibbert Funeral Home is in charge of arrangements.
Read Less

To send flowers to the family or plant a tree in memory of Claire Frenkel McMillan Ades, please visit our Heartfelt Sympathies Store.

We encourage you to share your most beloved memories of Claire here, so that the family and other loved ones can always see it. You can upload cherished photographs, or share your favorite stories, and can even comment on those shared by others.

Posted May 27, 2020 at 12:00am
Hi Fran & Trisha, this is Dale Spradling, Eloise's son. So sorry to hear about your mom. I'd love to stay in touch. [email protected] ~ Dale Spradling, Gulf Breeze, Florida
Comment Share
Share via:
KS

Posted Feb 12, 2020 at 12:00am
Fran & Trisha, I was SO sorry to see this about your Mom. She was a very special neighbor to Gerry & I....he loved when he could have happy hour & laughs w/her!! Sorry I couldnt be there but certainly thinking of both of yall!! ~ Kathie Sutton, Pensacola, Florida
Comment Share
Share via:
KL

Posted Feb 10, 2020 at 12:00am
I did not know Claire personally but I knew her daughter,Trish. You can see the same type of qualities that Trish has in her. She has the same class and to me she looks like her. She can be proud of the legacies that she has left behind with her children and I feel certain that her children have many wonderful memories of her also. We are so sorry for your loss. Karen, Ruth, Marty and Charlie. Your life will live on through your children. ~ Karen Lewis, Rockledge, Florida
Comment Share
Share via:
SW

Posted Feb 10, 2020 at 12:00am
Fran, I'm so sorry that you've lost your mother. I always thought she was strikingly beautiful and gracious. She always made me feel welcome when we would play at your house after school. Always keep your memories of her fresh in your heart. Suzanne Mead Wagg ~ Suzanne Wagg, Pensacola, Florida
Comment Share
Share via: 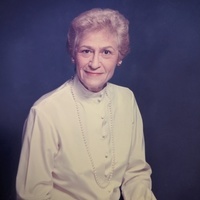