To share your memory on the wall of Chad Broadley, sign in using one of the following options:

To send flowers to the family or plant a tree in memory of Chad Francis Broadley, please visit our Heartfelt Sympathies Store.

We encourage you to share your most beloved memories of Chad here, so that the family and other loved ones can always see it. You can upload cherished photographs, or share your favorite stories, and can even comment on those shared by others.

Posted Feb 23, 2018 at 12:00am
Oh my special friend I shall miss you tremendously! This world will never be the same without your true wit and awesome love. You will be missed but I know that you're in a better place laughing and waiting for us. No more pain and suffering! ~ Joan Dannelly, Houston, Texas
Comment Share
Share via:
JW

Posted Feb 21, 2018 at 12:00am
Chad Broadly...his smile was stunning, genuinely sweet and as beautiful as he was. His absence will be felt deeply, but he will live on through all who knew and loved him.My Sincere Condolences to his family. You are all in our thoughts and prayers. ~ Joann Watson, Milton, Florida Contact Me
Comment Share
Share via:
JB

Posted Feb 20, 2018 at 12:00am
Chad had a gentle face and patient smile. With a kind word for each he died beloved by all. His voice may be mute and his heart stilled but ah the memories will last for all to review. Rest in peace Chad, as we pray Mike and your family find their inner peace, knowing you were called home to your final destination. ~ Jon & Colleen Gamer, Fort Walton Beach, Florida
Comment Share
Share via:
MO

Posted Feb 20, 2018 at 12:00am
I am so sorry to hear about Chad. I went to high school with him and his beautiful sister, Shawn. Chad and I became closer when he worked at a small clothes store on Palafox. He would dress me like I was working a high fashion runway. His taste was impeccable. His smile would brighten any cloudy day. ~ Melody (Gardner) Owens, Azle, Texas Contact Me
Comment Share
Share via: 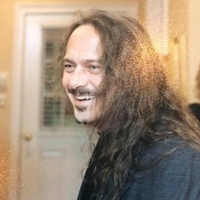