To share your memory on the wall of Betty Booker, sign in using one of the following options:

To send flowers to the family or plant a tree in memory of Betty Ann Booker, please visit our Heartfelt Sympathies Store.

We encourage you to share your most beloved memories of Betty here, so that the family and other loved ones can always see it. You can upload cherished photographs, or share your favorite stories, and can even comment on those shared by others.

Posted Mar 11, 2018 at 12:00am
I didn't have the honor of knowing Betty, but I do know her daughter, Sarah. I know Betty was a loving mother from seeing what a wonderful young woman Sarah is. My heart goes out to the family during this heartbreaking time. ~ Patti Ross, Molino, Florida
Comment Share
Share via:
CL

Posted Mar 09, 2018 at 12:00am
Thinking of you all and remembering your years in Poplar Bluff. Love you ~ Cheryll Link, Poplar Bluff, Missouri
Comment Share
Share via:
NS 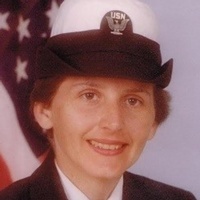